Roy K John (1977) reminds his viewers of the avant-garde art movement in France that came into prominence during the post-impressionist's era. Newer styles were being applied to newer ways of looking at the world beyond the borders of the country, when artists, like Henri Rousseau, made big contributions to the art world. John's art elaborates on his own identity as a resident of the tropical parts of the world and politically claim the flora, faunas, fruits, and the animals that are particularly important to Indian forests.

The richness of the jungles along with the richness of John's colour palettes make a very interesting composition on the canvas. These works speak of the luscious nature that can be traced as an underlying thematic analysis of the human condition. His depiction of vegetation and flowers - such as lotus and lilies - are effective means to look at language that is generally used in visual cultures. The artist also portrays giant cultivation areas where trees are laden with fruits, such as jackfruits and bananas. Given the current looming threat to the environment, John's works are an engagement with the essence of life and deforestation. His depiction of the various birds in these forests are a deep reading of the divine presence which he further elaborates in his alternative series by exploring the iconic human forms. Interestingly, these artworks vary so much in composition that it is easy to see the commendability his practice carries. All in all, some of his works are detailed in intricacies while some of them are potent in compositions.

John graduated from Kalabhavan School of Arts in Thrissur and, later, pursued a Master's on traditional mural paintings at the Temple of Arts, Guruvayoor. Combining his traditional techniques of mural painting skills to that of a newer style of his own, John created a visual language that is particularly his own. His narratives carry a strong note on Kerala's natural greenery and beauty. His realistic images are direct engagements with his rural surroundings and his schooling in icon and iconography aids him well. His methods of creating the modern day Indian avant-garde is a means to invite his audiences to a world of symbolic meanings and metaphors.

Most of his artworks are acrylic or oil on canvas. His colour palette is famous for his use of shades of greens, yellows, and reds that help elaborate on Kerala's natural landscape and beauty. Occasionally, we do get to see colours such as pinks and other cool-toned colours that heightens his involvement with his personal memories and desires.

John has been showcased in all major cities of India. He has also been shown in Dubai too. He has also been part of important Biennales and collective art shows in India. Gallerie Splash has a few of his works in their collection and has showcased him several times in Delhi.

Traditional mural paintings at the Temple of Arts, Guruvayoor, Kerala 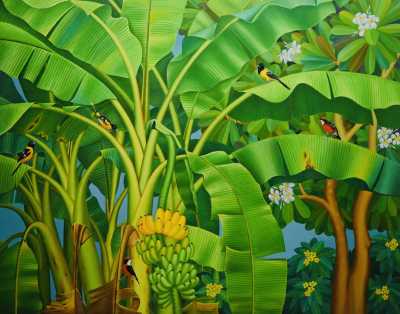 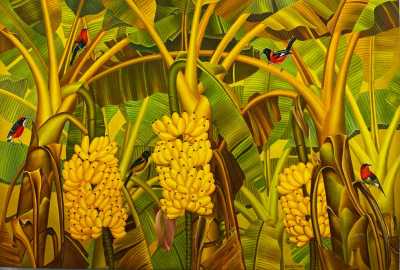 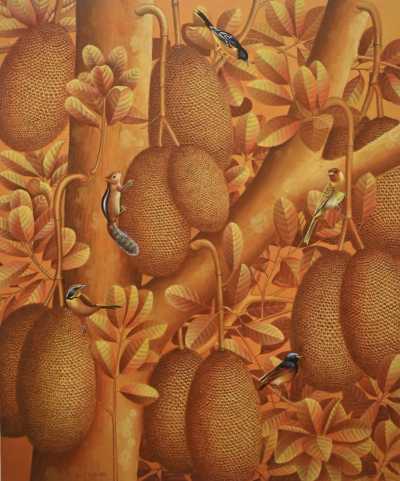 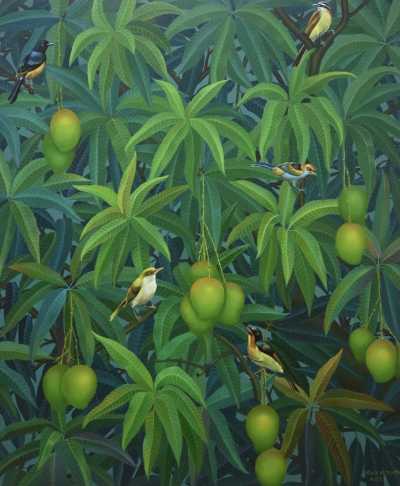 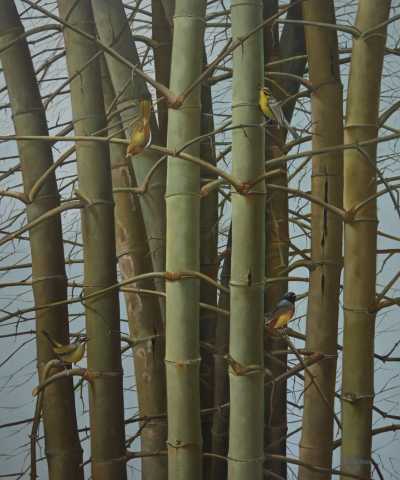 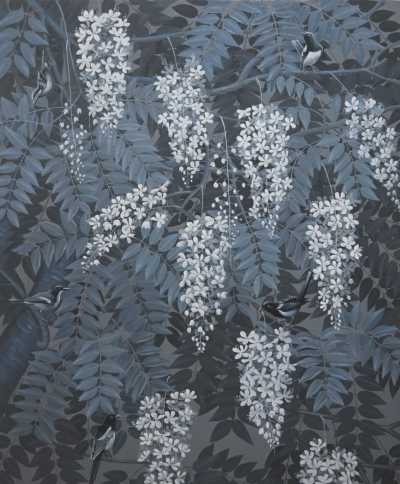