Cross hatching is a complex technique - now fairly rare – through which the artist shades with intersecting sets of parallel lines, moving carefully from light to dark, to give the image depth and shadow.

Ashok Bhowmick - a senior, well recognised artist from India - discovered his talent as an artist at an early age, but chose the cross hatch as his preferred technique in 1974.

Ashok Bhowmick’s inherited his proclivity for art from his mother, who was also his first teacher. Apart from being an exceptional painter, he is also an experimental sculptor, a philosopher and writer. Sixty years of experience, dedication and love of simplicity layer his canvases.

This artist’s most significant work includes:

The Coal Mine Series:

The mining of coal gathered commercial momentum in India in 1853, using the underprivileged for hard manual labour. The abysmal poverty and sub-human physical condition of these workers, reflected in their lifeless, expressionless gaze, moved Bhowmick and inspired this series, akin to extraordinary, pictorial representations, as if of human installations cast in stone.

The artist has given a contemporary layer to this tribal art form from the North Sahayadri Range in Maharashtra, making it playful and humorous.

These paintings point to the child within us: free, unspoiled by social conditioning, full of an inner joy that is not dependent on people, things, events or circumstances. Jai Ho indeed!!!

Through time, the Bull has been a popular subject for artists and buyers alike. The Bull represents many different things to different people across civilisations, but almost all the symbolism centres around strength, power and determination.

No wonder then, that this series is also Bhowmick’s most popular. It’s hard to hold his Bull’s fierce, hypnotic gaze without blinking. But do try to stand your ground!!!

Birds were introduced into Bhowmick’s paintings after an incident that remains very close to his heart. Amina, a little girl who was once Bhowmick’s neighbour, used to spend most of her days playing with birds. Amina’s life took an unpleasant turn when she was married off during her childhood years, cutting her off brutally and abruptly from her childish, happy pastime.

Bhowmick, who himself has a natural affinity with birds, sees birds as fearless beings that can offer great companionship to humans. Birds are also a common thread in the Coal Mine, Bull, Warli and Jai Ho series. Other work in this Solo Exhibition includes Jesus Christ, Lord
Ganesh, Goddess Durga, King, Musician and Flower. 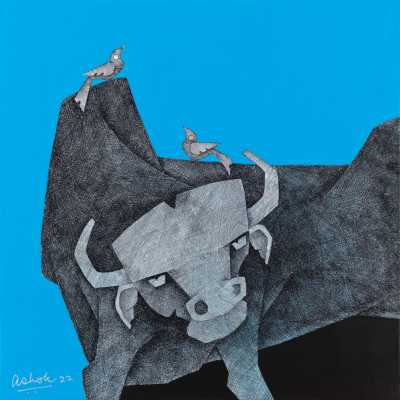 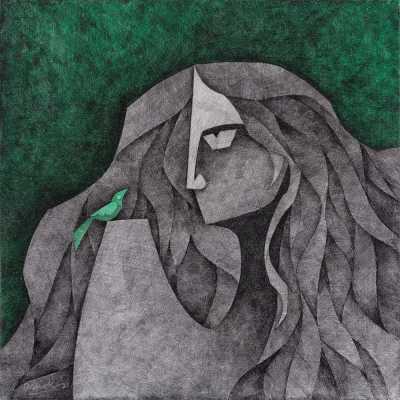 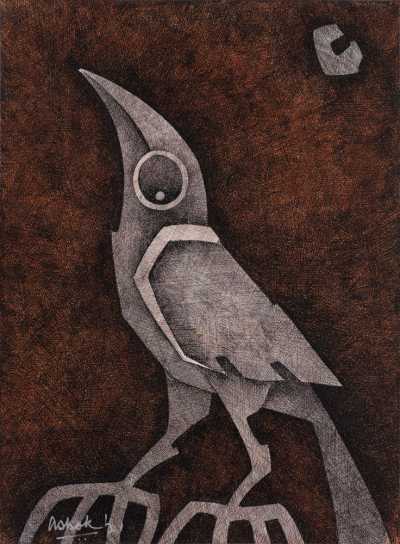 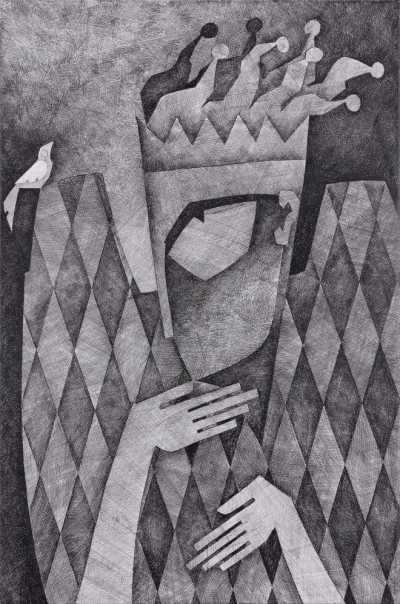 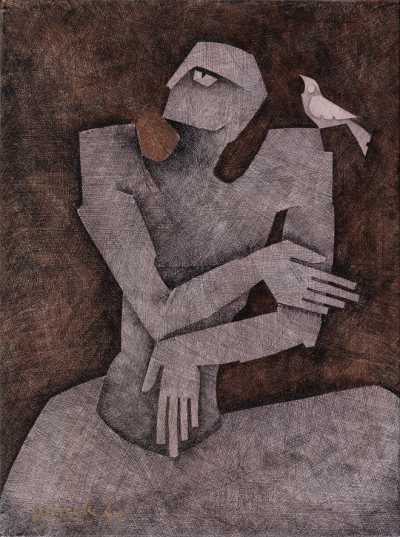 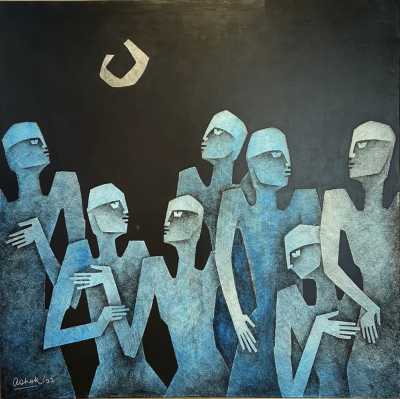 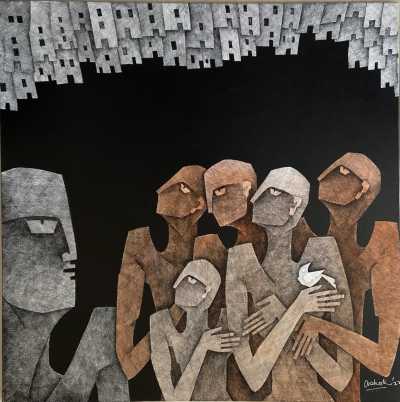