Haren Thakur is trained at Shantiniketan, under the tutelage of eminent stalwart artist like, Sri Ramkinkar Baij, Sri Vinod Bihari, Sri Somnath Hore, Sri Dinkar Kaushik, amongst many others.
His work encompassed the tribal art forms and carries the essence and emotion of nature, life and faith. His work depicts harmony, simplicity and peace through color form & use of camouflaged icon of tribal and contemporary blend. He takes inspiration from the core of creation and the serene natural surroundings of Jharkhand.
Thakur has discovered the essential structural patterns of tribal art and fused its geometric sophistication with visual concepts culled from Egyptian wall paintings of the Thutmosis IV era when eastern Mediterranean art genres of decorative painting began to free themselves from a subsidiary and narrative role. Like many painters the world over, Thakur have sought to redis- cover the essence of the primitive creativity of the eighteenth dynasty style of Nile Valley painting. His unique work comes across mostly through mix-medium on Nepalese rice paper. 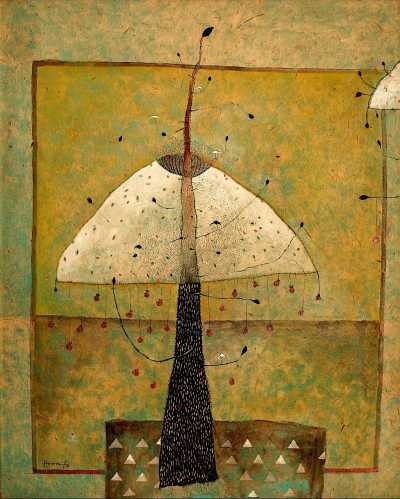 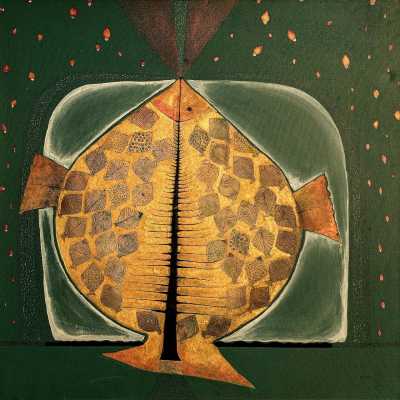 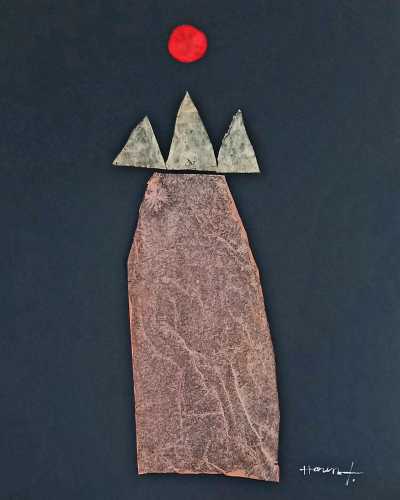