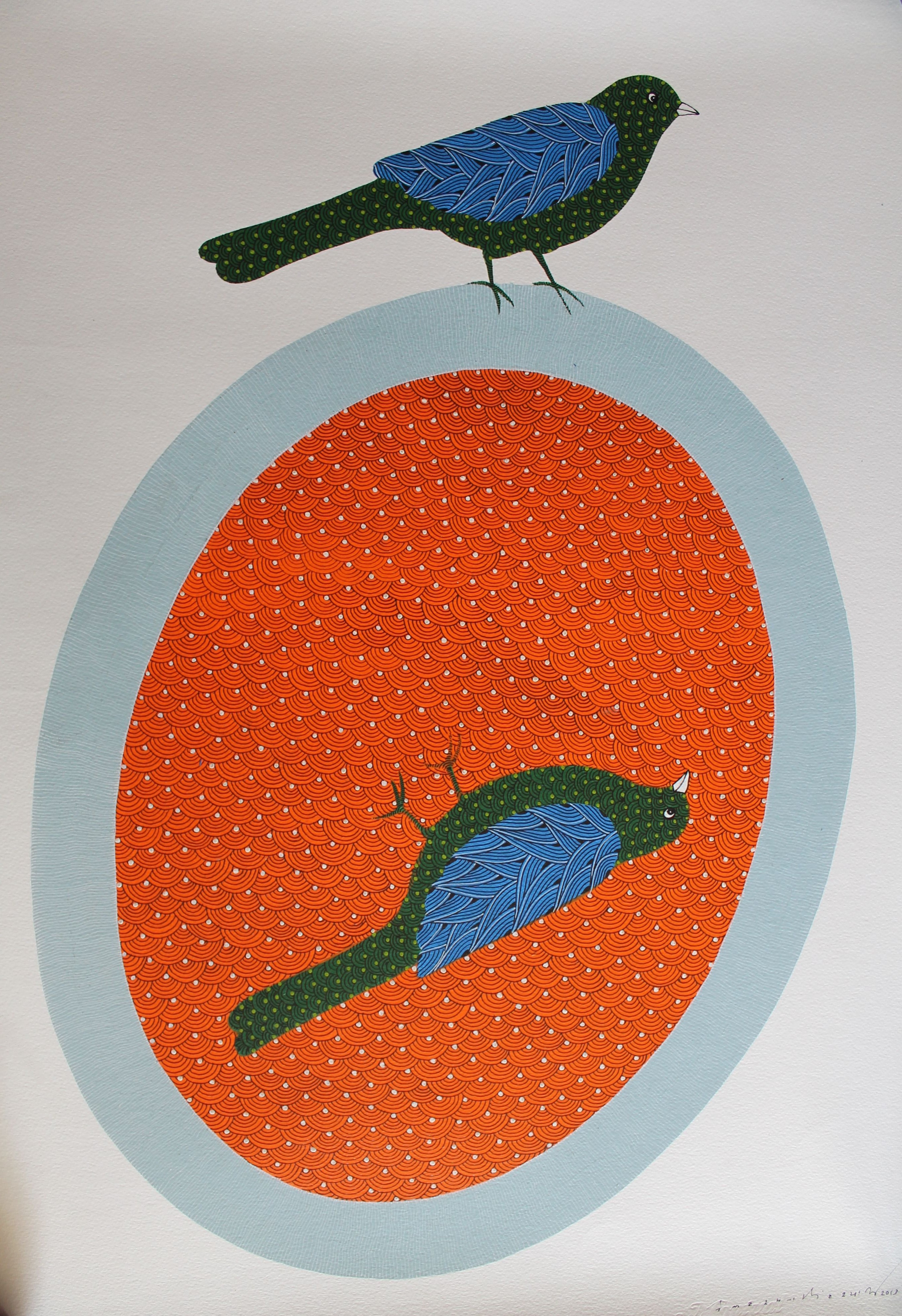 Venkat Shyam, has been sketching and painting since he was seven years old. Every scrap of paper, even the blank spaces on the walls of his home were covered with his charcoal drawings. When Venkat’s uncle, Jangarh Singh Shyam, visited in 1983, his eye caught the image of Shridi Saibaba on the wall and the sketches of houses and insects in the margins of the newspaper. He asked Venkat to come to Bhopal to paint after he had completed his studies in the Sinjhona village school.
Venkat did exactly that. He was fascinated with the huge 10x10 canvases and poster colours and most of all, with the brushes which came in so many sizes. His first painting was of the goddess Khero Mai, who protects the village from evil spirits and to whom he had prayed before he left for Bhopal. When Jangarh saw the painting and called him donkey, Venkat knew his uncle was pleased with his work.
Later, Venkat went to Delhi, where at various times he worked as a cook, a rickshaw puller, a mason, an electrician, putting most of his earnings into buying art materials. Here, he would often visit the well known contemporary artist, J. Swaminathan. Swamiji’s affectionate manner and the respect he showed, treating Venkat  as a fellow artist, would always lift his spirits. Jangarh Shyam death in 2001, came as a severe blow to Venkat. He decided then and there that he would do nothing but paint.
From culture specific painting to highly abstract themes, Venkat has done it all. He feels an artist must bring a freshness to the time honoured themes. When one looks at my paintings, one must feel they are traditional but at the same time, there have to be new elements in them, he says. Through his artistic journey of three decades, Venkat has integrated both modern and traditional stylistic influences in his work.
Venkat has travelled extensively in India and to many European Countries, where his works have been exhibited. He was awarded the Rajya Hasta Shilpa Puraskar by the Madhya Pradesh Government in 2002. He was also the coordinator for an animated film of a Gond folktale, made by Tara Douglas, which won an award in the Tallest Story Competition in Scotland