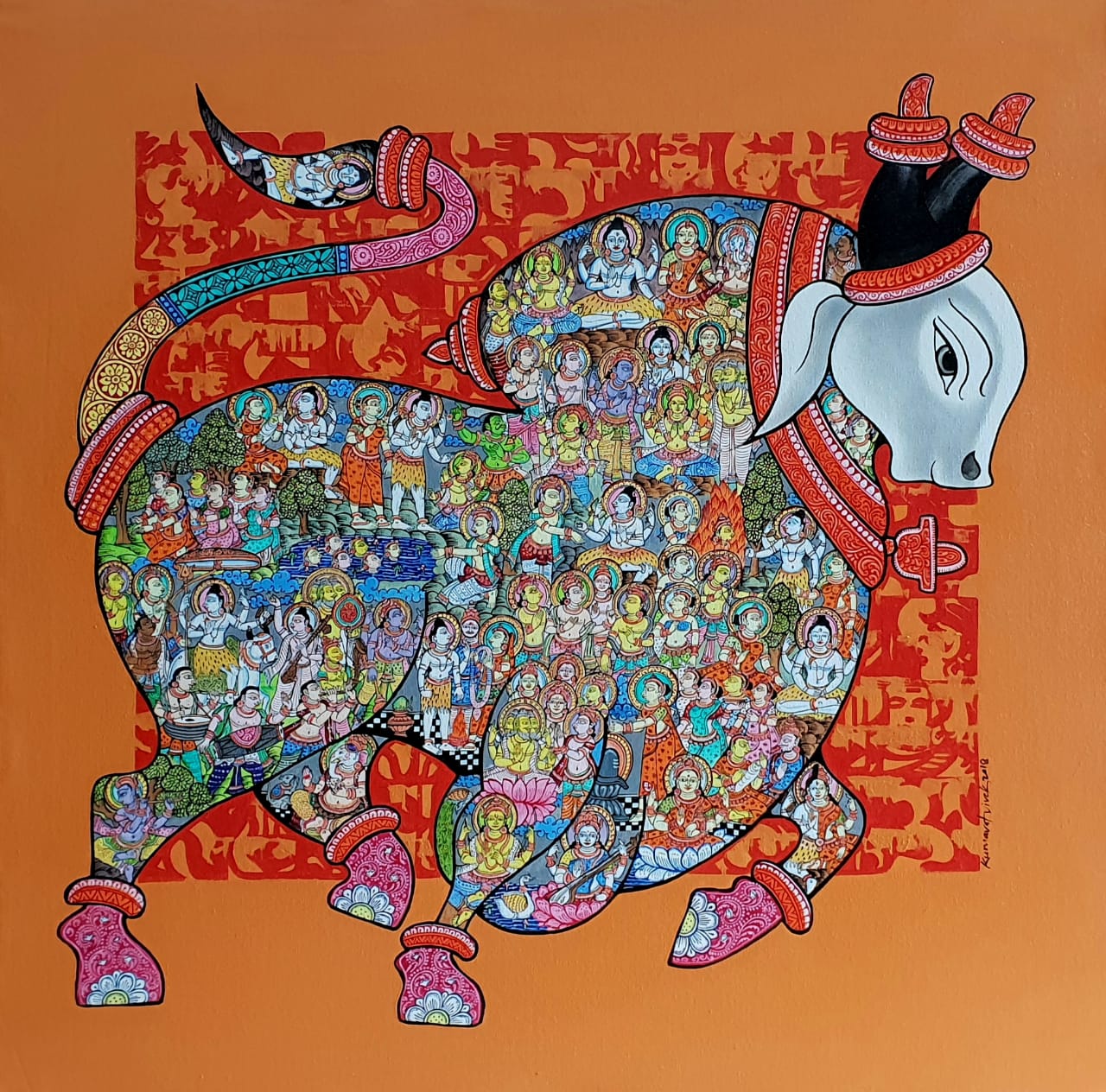 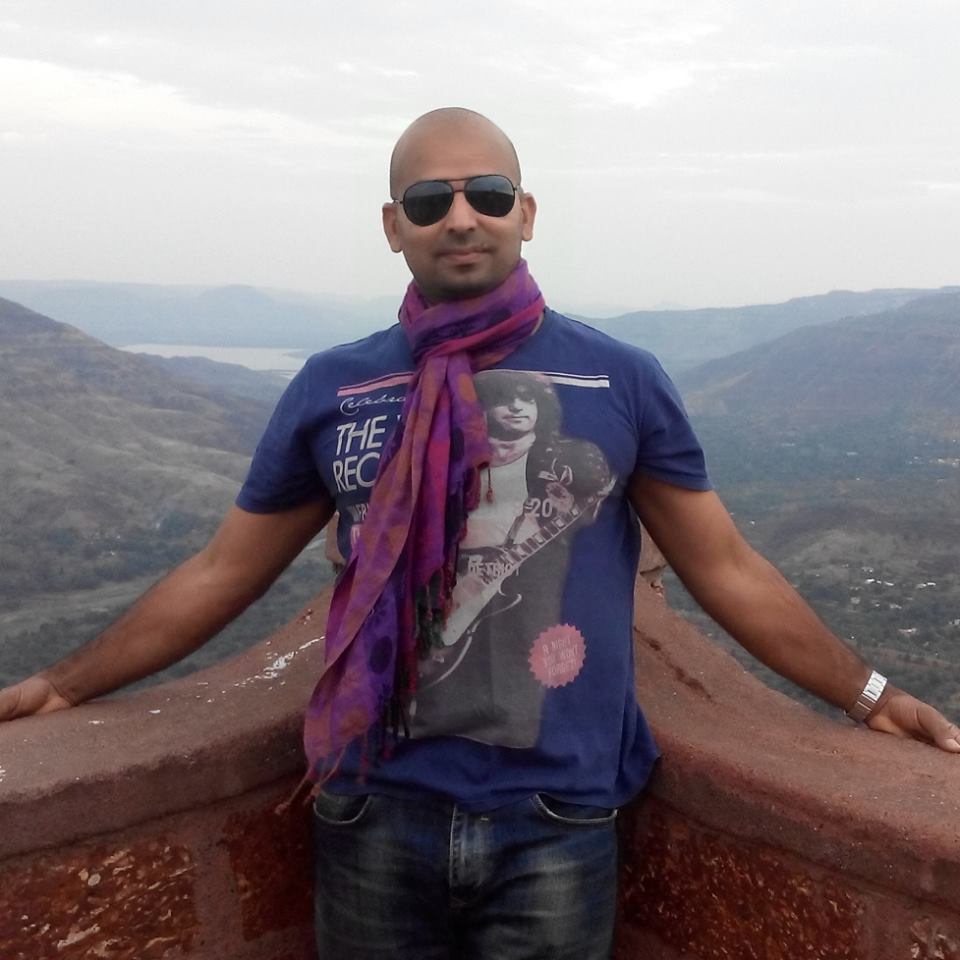 Vivek Kumavat’s art is instantly recognizable and has a spontaneous recall value for Indian art connoisseurs as all his works are created around the icon of the majestic Indian Bull. Born in 1977, Vivek Kumavat did his graduation in Fine Arts from the prestigious Sir JJ School of Art, Mumbai and is currently based out of Mumbai. The Bull has an important place in Indian mythology as the vahana of Lord Shiva and is an auspicious marker as a guardian deity and a symbol of truth and justice. The form of the bull in Kumavat’s paintings indicates power and immense strength. Yet the bulls depicted in Kumavat’s art have a gentle demeanor exuding an aura of calm benevolence. It is this dichotomy of energies which finds representation in Kumavat’s grand canvas. In his own words, the artist explains it thus; “'I have observed that a bull is warm, gentle, passionate and friendly animal, until it is provoked to be ferocious; quiet similar to human attitude in the society.” It is interesting to note, even in Indian mythology Nandi is an anthropomorphic figure, half man- half bull, and the bullish enduring strength is also the strength of the mind.

Hence the majestic Indian Bull is a metaphor for human endurance, both physical and mental. The charge of the bull, the stance in which it is depicted is often animated by the energy of labour, the willingness and capacity to persist against all odds. Yet its countenance remains benign. The artist believes that it is this magnetic structure of a bull which shall attract positive auras in the spaces it is kept.

Even though the Acrylic canvases are centered around one central recurring image, each art piece also unique in Kumavat’s intricate rendering on its body. The body of the bull is like a scroll of paintings that tell the myths of gods and goddesses, and one can trace the pantheon of Indian divinity depicted in detailed attention. These figurines within the body of the bull are sometimes depicted in exuberant colours as seen in his work available with Gallerie Splash, ‘Dancing Nandi’. One shouldn’t also miss the ornamentation on the horns, the hump and the bell around the bull’s neck, all done in its minute splendor. Kumavat has collaborated with Gallerie Splash in many our exhibitions.

24X21 inches
Tempera on paper board