Bhajju Shyam was ushered into painting at a young age by his mother. He helped her to paint Dinga and Bhitichitra at home. This is what Gond Tribal ground paintings and wall paintings are called. It’s part of their culture. The journey from there to being the face of Indian Gond tribal art on the international platform was one of trials and tribulations

Bhajju’s story begins in 1971 in Patangarh, Madhya Pradesh. He was born into a family of the artistically inclined Gond Pradhan Tribe. Financial hardships bought Shyam to Bhopal at the age of sixteen as a watchman. Thank god he dint prosper there else we would have lost one of India’s greatest Artists and Padma Shri awardees. We also have to thank Jangarh Singh Shyam, Bhajju’s uncle and world renowned Gond artist for recognizing and bringing out Bhajju’s imagination and immense talent for the world to see and appreciate. We owe him one.

Jangarh encouraged Bhajju to begin his own art work when his talent became obvious. During an exhibition in Delhi, Jangarh managed to sell five of Bhajju’s paintings. This was significant motivation for Bhajju. After that he was invited to Paris in 1998 for a tribal art exhibition at the Musee des Arts Decoratifs, and in 2001 curator Rajeev Sethi sent him to paint a mural on the walls of a restaurant in London. The London Experience changed his life forever. He came back from London and made a book with illustration of London as he saw them, using Gond Art style. Needless to say, the book “The London Jungle Book” with his signature illustrations using Gond Art became the toast of the literature circuit.

Bhajju captures the essence of what he sees through Gond Tribal art. The tree is the most important element for him and is seen across many of his art work. His dots and lines are neat, colourful and bright. His paintings have themes from Gond folk tales, myths, origin and the Gond pantheon. His paintings are also based on Radha-Krishna theme and the music of the flute.

Gallerie Splash with its one and half decades of experience as an art gallery makes it possible to buy original artwork by Bhajju Shyam, both online and offline – through their portal www.galleriesplash.com. 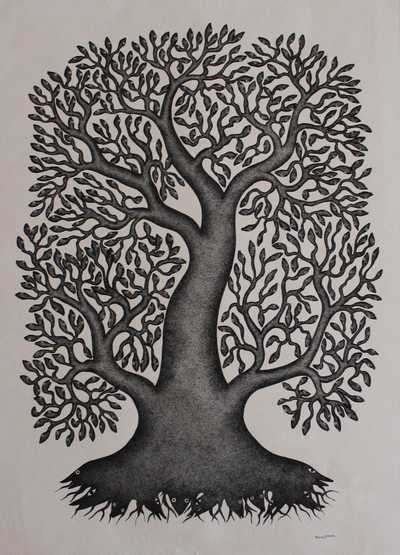 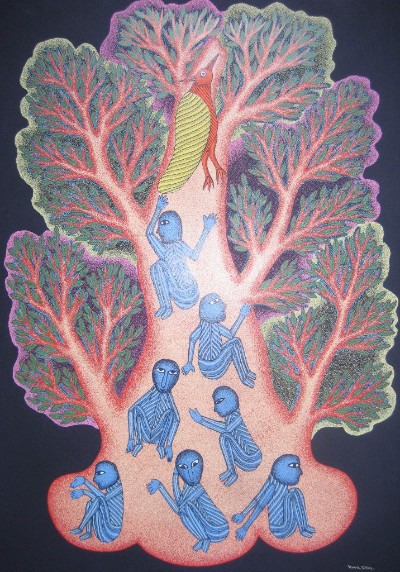 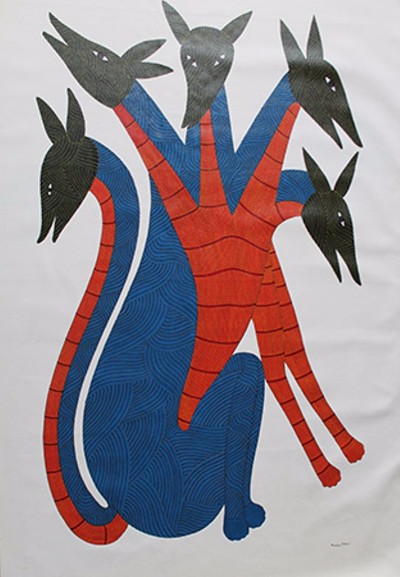 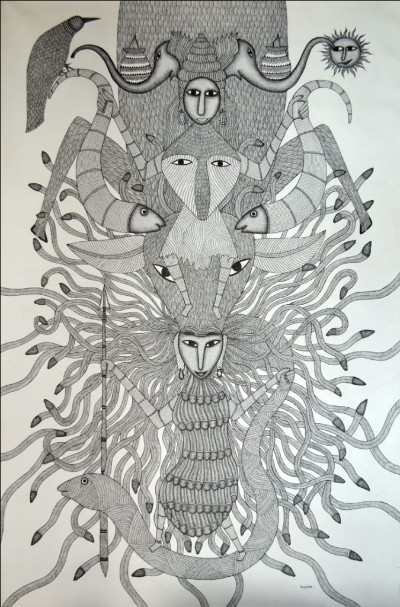 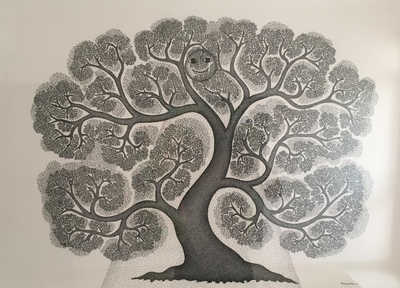