Artist Arpita Singh (1937) born in Baranagar at Bengal, India, has been a household name in the field of the arts. Her works are strongly influenced by folk and traditional figurative practices. As it has been critically noted, the artist has claimed her prominence in the field of figurative art and contributed enormously as a modernist painter.

Her works feature dreamlike compositions that depict poetic interventions in her surroundings that have been recognised as important affectations of the surrealist movement in twentieth century France. The bold colours and strong outlines of the human bodies in her artworks have expounded on Fauvism in India. Interestingly, while her aesthetic engages with a dominant Indian flavour of urban life, Singh explores the language of advancement through her stylised portrayals of mythological figures and events. Her efforts in bringing together a voluminous impact of the modern-day world with mythological and historical narratives to the forefront in her art won her several critical viewerships, admiration, and accolades. This included the prestigious Padma Bhushan award in 2011. Singh's awards also include the Kalidas Samman, Bhopal, in 1998-99; Parishad Samman, Sahitya Kala Parishad, Delhi, in 1991; and the fellowship of Lalit Kala Akademi in 2014.

Her works speak of a special interest in the political positions of women and have often sported relevant observations on the matter. She has acquired an important voice in her paintings that is conscious of the world she cohabits. Several art-historians believe that Singh was the first female artist to record her domestic life in her works. She exposed her position as an active participant in building consciousness for women in daily life.

She attended School of art at Delhi Technological University (formerly known as Delhi Polytechnic) and graduated with a Diploma in Fine Arts.

Fellowship of Lalit Kala Akademi in 2014. 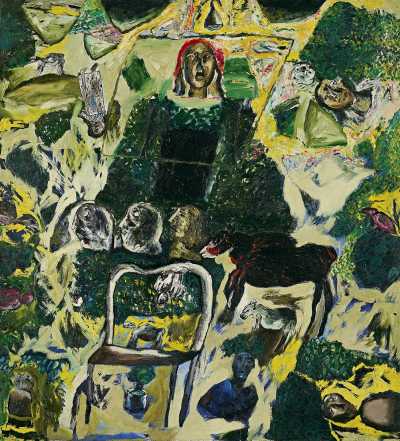