Jogen Chowdhury (1939) occupies an important position in the Indian arts' history, where his contributions are considered insightful in creating a more modern approach to art practices. This also includes promoting younger artists and artist communities in India. His engagement with form has been an area of critical engagement for several art enthusiasts and studies. Art historian and curator R Shiva Kumar describes his works as 'rich in suggestions', where he brings forward his 'filial affinity to nature and milieu'.

Spanning over six decades, Chowdhury prefers to work on flat-surfaces with his distinct styles in mediums, such as watercolour, inks, pastels, pencils, charcoal, and lithographs. His individual narrative on partition has found its semblance in his paintings and serigraphs. He has often explained his artworks as a means to communicate the darkness and complexities that surrounded him since his childhood. His famous cross hatching technique has been able to develop an illusion of tonalities, where his modulation of light and shade has become important references for later artists. He claims that his practice is a combined study of techniques and traditional narratives, where he is able to explore the politics and social contexts of everyday life.

Art historians of India have often credited Chowdhury for his apt depiction of the rural life in Bengal post-Partition that he has been able to visually construct a volatile image of as human condition. His artworks have been a constant source of voice of  rural India, which has even led to his holding an honorary office at the Indian Parliament as a Member of the Rajya Sabha for six consecutive years till 2020. He is still a member of the All India Trinamool Congress party and mostly resides in Shantiniketan.

Chowdhury graduated from Government College of Art and Craft in Kolkata. He pursued a Master's degree from École des Beaux-Arts at Paris, where he also found mentorship in the famous English artist Stanley William Hayter who inspired him to learn the art of making lithographs. Then he moved to Chennai to work with the Madras Handloom Board as a textile designer where he began to write on Bengal and the arts. Later, he was appointed as a curator for the Art Gallery of the Rashtrapati Bhavan in Delhi. In Delhi, he collaborated with his peers to establish Gallery 26 and Artists' Forum in 1975. In 1987, he moved back to Shantiniketan to teach art at Kala Bhavan as a Professor.

Chowdhury has been awarded on several occasions for his contributions and has also been honored with a D.Litt. by Rabindra Bharati University in 2010.

Gallerie Splash has also had the opportunity to collect his works and showcase them at numerous shows in Delhi.

Graduated from Government College of Art and Craft in Kolkata

Curator for the Art Gallery of the Rashtrapati Bhavan in Delhi. 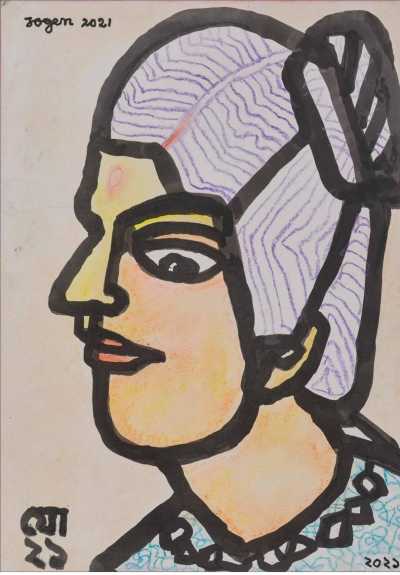 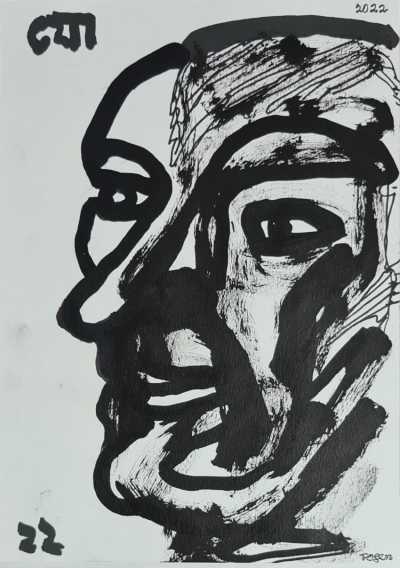 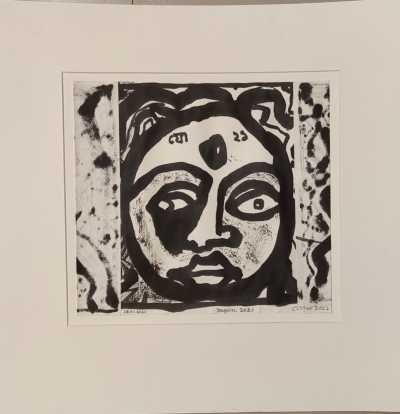 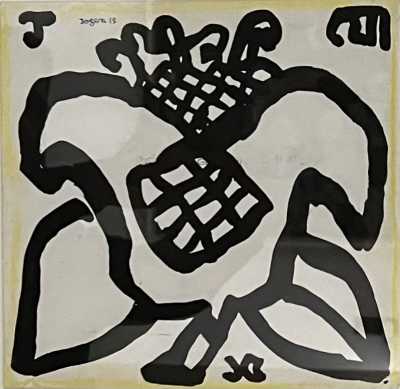 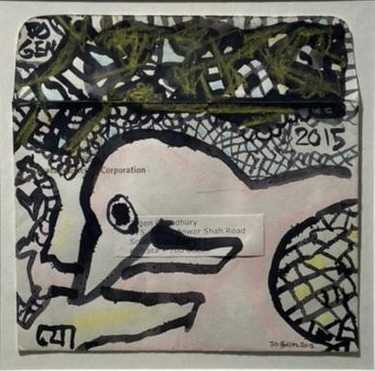